Pathfinders trace their roots from the Scout Movement originated by Robert Baden-Powell. ‘The Scouting movement makes the neckerchief part of its uniform. A generally ceremonial item, the neckerchief is taught to be a practical wilderness item in the Scouting tradition. The neckerchief, unrolled, is designed to be the perfect size for use as a triangular bandage for first aid.’

When Baden-Powell launched the Scout Movement with the book Scouting for Boys in 1908, he prescribed a neckerchief or scarf as part of the Scout uniform, which he stated was "very like the uniform worn by my men when I commanded the South African Constabulary". He continued; "Every Troop has its own scarf colour, since the honour of your Troop is bound up in the scarf, you must be very careful to keep it tidy and clean."
Pathfinders have adopted the scarf for the same reason – for its ‘honour’, its practical reasons, and completion of the uniform.
Although the Pathfinder movement owes the idea from the Scouts, the church included a spiritual element to it. The Pathfinder emblem takes the shape of an inverted triangle for the following reasons:
Quoted from the Pathfinder Administrative Manual :
‘Inverted Triangle'
•    The inverted order of importance Jesus taught which is contrary to that taught by the world.
•    Sacrificing of one’s self by placing the needs of others ahead of our own.
Three sides
•    Completeness of the Trinity — Father, Son, Holy Spirit.
•    Tripod of education: Mental Crafts and Honors Physical Campouts, work bee, health focus Spiritual Outreach and personal spiritual development.
As a result the Scarf takes the same shape as the emblem, and therefore represents the same spiritual and wholistic elements as the Pathfinder emblem.

When you wear your scarf you attract enquiries and you can start a conversation about who Pathfinders are. It is a good way of sharing your faith or sharing your church by wearing an attraction without saying a word.
Besides, you look good in it. We challenge you to wear your scarf between 11 and 18 September 2021 , and earn yourself one of our iconic scarf pins.
Wear your Scarf! Start a Conversation! 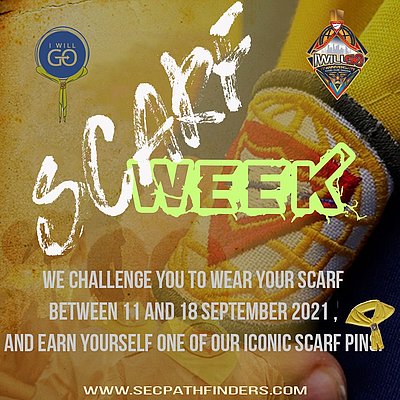 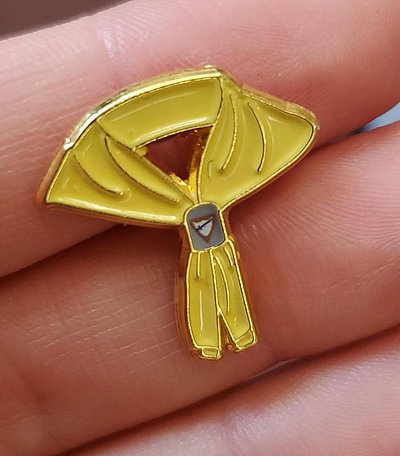