Twenty people were baptised during and after a two-week revival campaign at Reading Central. The campaign ran from 7-21 of September and baptisms took place on 18, 21 and 28 September.

Guest speaker Ray Patrick preached to a full church each evening, spoke at prayer-breakfast sessions on Sunday mornings and joined in social events on Saturday nights.

“We were delighted by the support of the young people who came out every night,” Davis added. “They received the Pastors’ Super Prize gift as well as other gifts such as bibles, DVDs and non-alcoholic wine.” 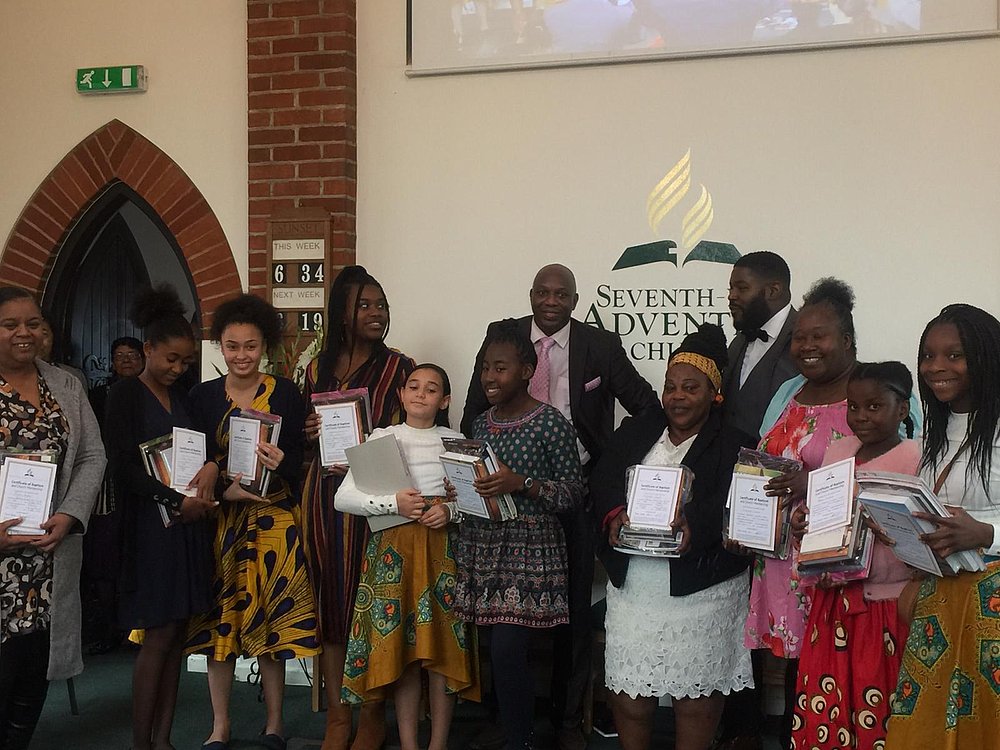 The final baptismal service took place on 28 September, a week after the campaign had drawn to its conclusion. Fitzroy Morris, Placement Student Pastor studying at Newbold College of Higher Education, preached an inspiring spirit-filled sermon before the baptismal candidates were baptised.

“Among the 20 who were baptised were three members of the local community, one of whom was comforted by Patrick’s sermons after losing her son in a shooting in the Caribbean,” said Davis. “Twenty souls were baptised into the kingdom of God and Reading Central is still celebrating and rejoicing over this great time.”