A small group gathered outside a Garston Church on Saturday to commemorate VJ Remembrance Day with a flag-raising ceremony. The event was organised by Abbots Langley Councillor Liz Burns, a military widow who runs a local Veterans’ group.

The event was held outside Stanborough Park Church in Garston which is the central point of the One Vision Community Group, an umbrella organisation for local charities aiming to make Watford a better place to live. The church’s flagpole was put to good use as a commemorative flag was raised by Audrey Andersson, Executive Secretary of the Trans-European Division of Seventh-day Adventists. 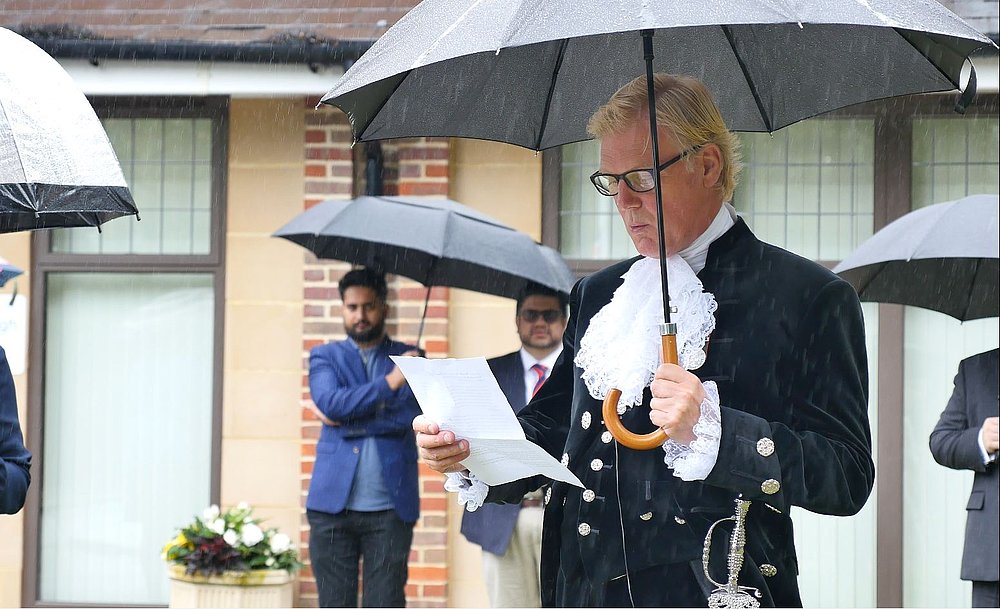 Speakers included the Hon Henry Holland-Hibbert in his role as High Sheriff of Hertfordshire, Cllr Aga Dychton the Chairman of Watford Borough Council, Harjit Singh the Chairman of the local Interfaith Association, and Michael Dragoyevich from the church and Audrey Andersson. Cllr Burns said the prayer.

Also attending the event was Kate Holland-Hibbert as Deputy Lieutenant for Hertfordshire and Dean Russell, the town’s Member of Parliament.