‘Marvellous, infinite, matchless grace’, were the song lyrics that opened Willesden Church’s third baptism since lockdown lifted. The church came together, on Saturday, 21st May, to celebrate the new journey of baptismal candidate, Gloria Patricia Edwards, who inspired the creation of Willesden’s 24-Hour Prayer Line. 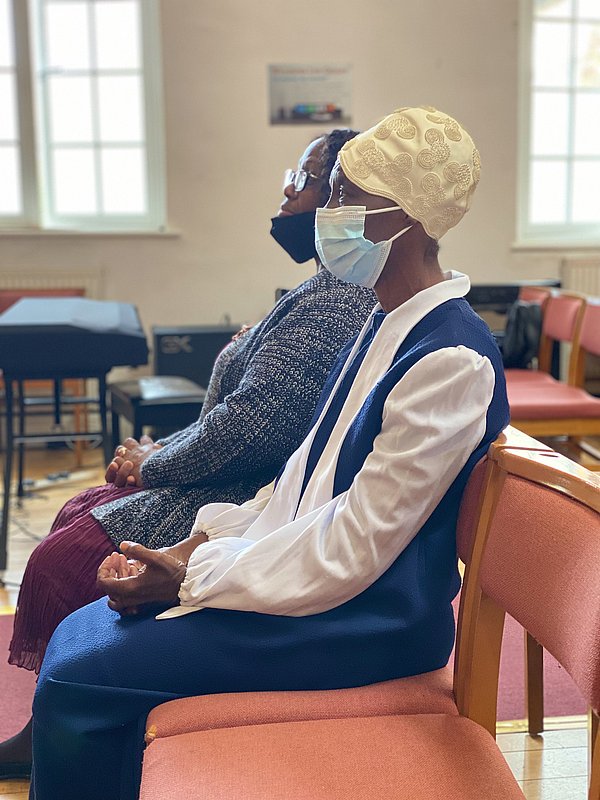 Gloria had joined a prayer call, led by Willesden’s Pastor Mario Phillip, that ended up running over by several hours because of her contribution. It was because of this that the church decided to extend its prayer ministry and establish a 24-hour prayer line for anyone that needs it. 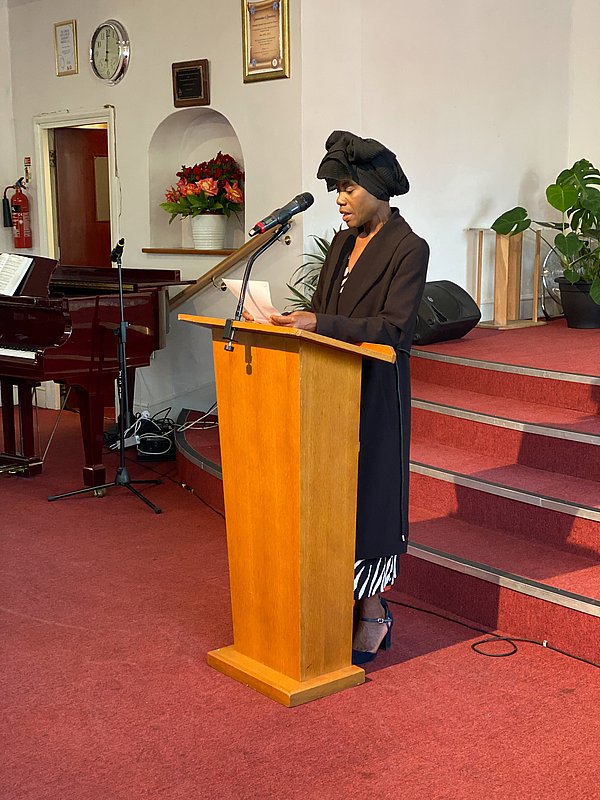 Yvonne Cummins, a Willesden church member and the candidate’s younger sister, welcomed everyone to a “two-pronged ceremony”.

“This is both a funeral, from which the devil is put aside, and a marriage service, where the Spirit of the Lord stands in allegiance with those getting baptised,” explained Yvonne. “This is our very own jubilee celebration!”

Yvonne also shared her sister’s story, of how their family is from a Sunday church background and Gloria’s hope that other family members and friends will accept the seventh-day Sabbath as the will and gift of God. 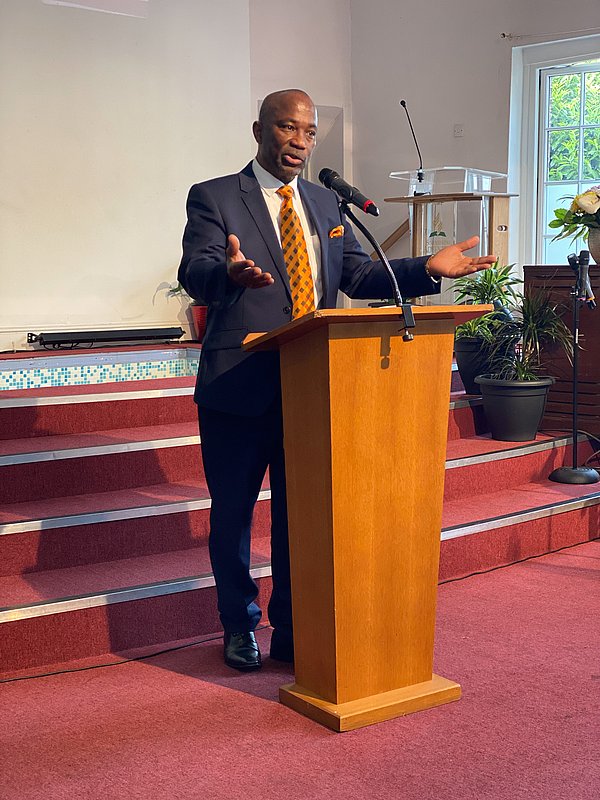 First Elder Keith Allen led Gloria through her baptismal vows, after which the members unanimously accepted Gloria into the church’s fellowship. Pastor Mario Phillip shared an encouraging message, speaking of having to hide his own baptism from his mother as a young person.

“My mum said I couldn’t get baptised and so I put some clothes in a bag, left them with a neighbour and went to church,” he said. “When the preacher asked if my mother knew, I lied and said yes! That night she was so angry, but me getting baptised was the catalyst for other members of my family to get baptised. If I hadn’t made that decision, other people would have not been affected. I urge you, Gloria, to be a catalyst to others. He who began a good work in you will complete it to the very end.” 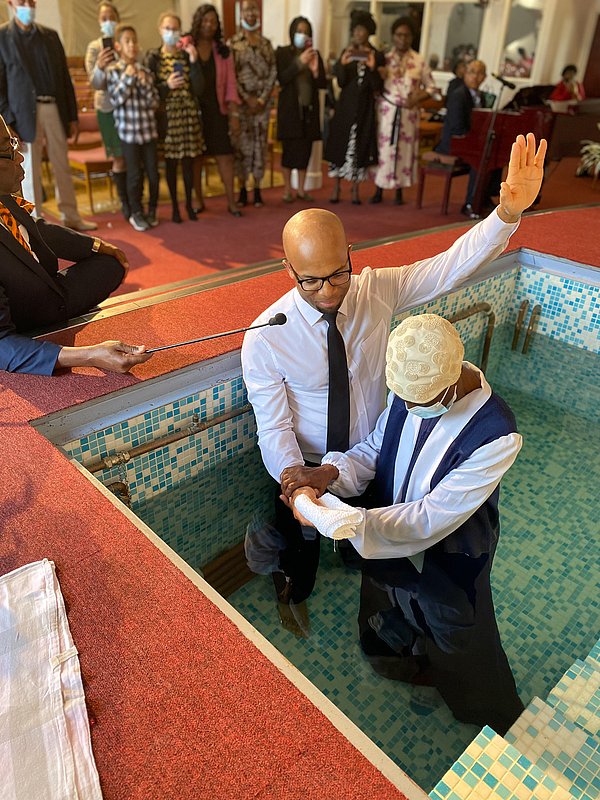 Gloria’s friends and family joined together, in person and from around the world via the live stream, to support and witness her baptism. 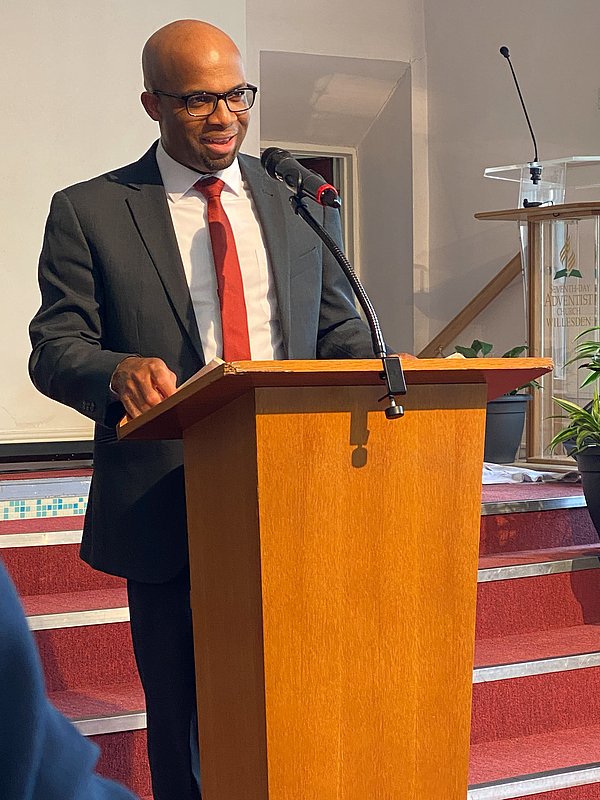 In his final words to Gloria, Pastor Phillip described how important baptisms are in the life of children of God. 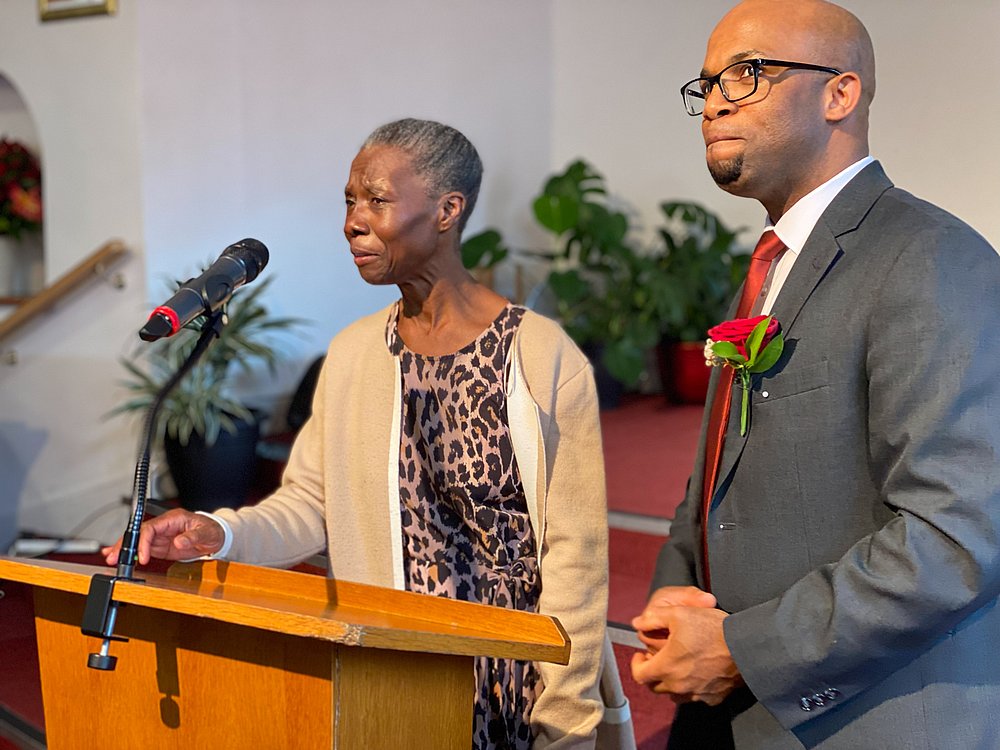 “Noah preached for hundreds of years and only eight people came to God!” declared Pastor Phillip. “Today we are celebrating that the Kingdom of God has won again. He will enable you to lead the life that comes next; the same God that called you will sustain you. As tough as it gets serving Jesus, it is worse not serving Him.”