The Springfield Park Jubilee Festival held in Hackney, East London, on Thursday 2nd June 2022, attracted thousands of residents who all came together to celebrate the Queen’s Platinum Jubilee.

Some of the main attractions which took place on a momentous day in history included trampolining, drumming and steel pan performances as well as flag flying with the local Chinese community involving no less than Hackney’s very own Mayor, Philip Glanville alongside Deputy Mayor, Anntoinette Bramble. 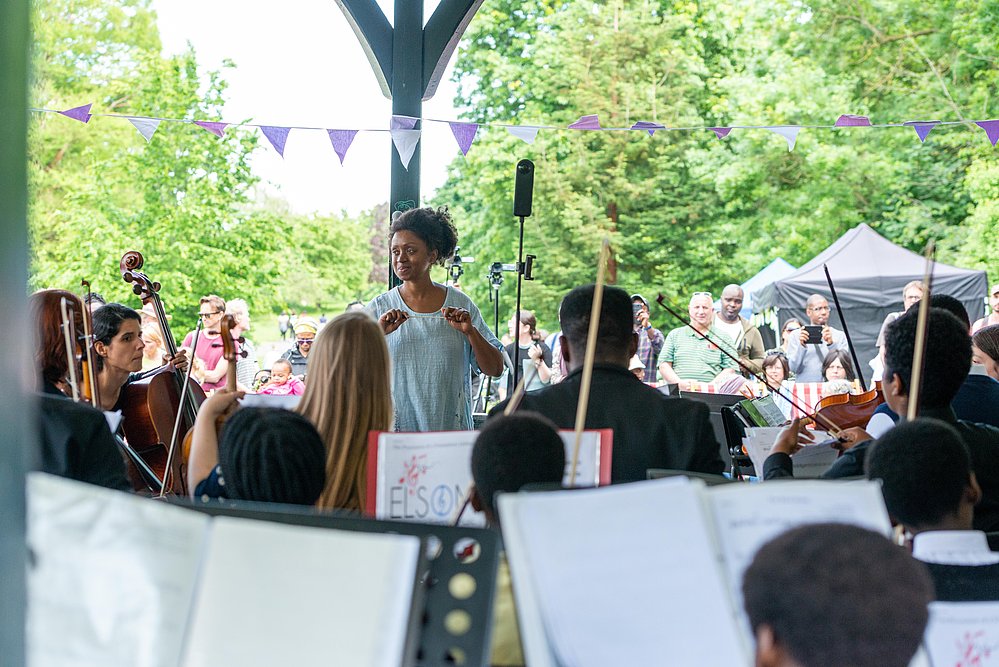 Hundreds were drawn to the bandstand where they were treated to a feast of classical music by the East London School of Music (ELSOM) under the direction of the school’s Manager, Fiona Pacquette. ELSOM was supported by the HACS Philharmonia Strings and Woodwind Orchestra. 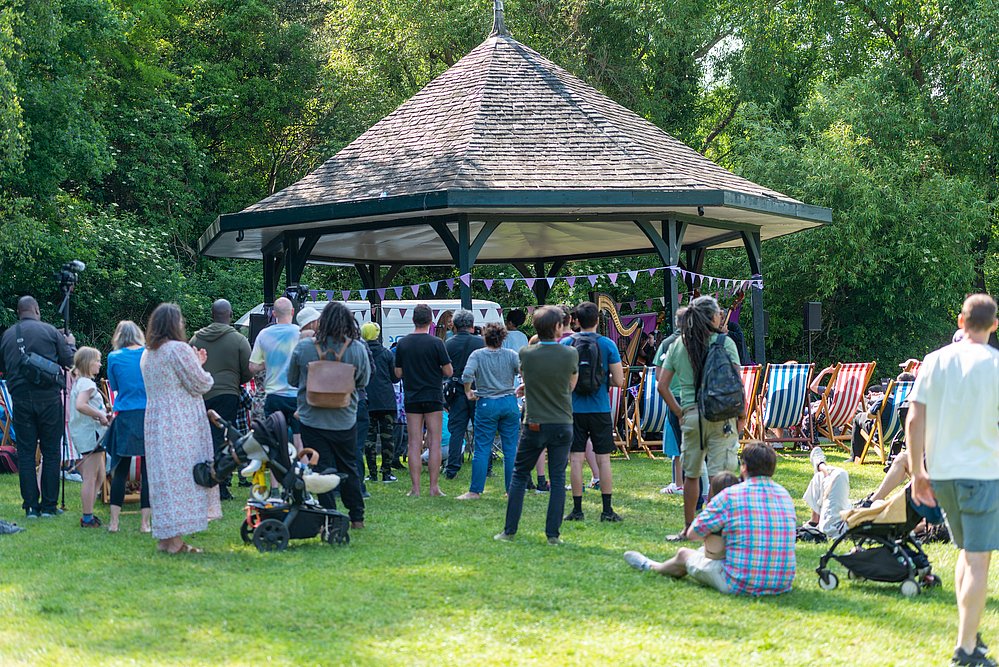 The audience, made up of both young and old and of the many cultures which make up East London were left enamoured by the variety of musical performances on show which included flute and violin ensembles. 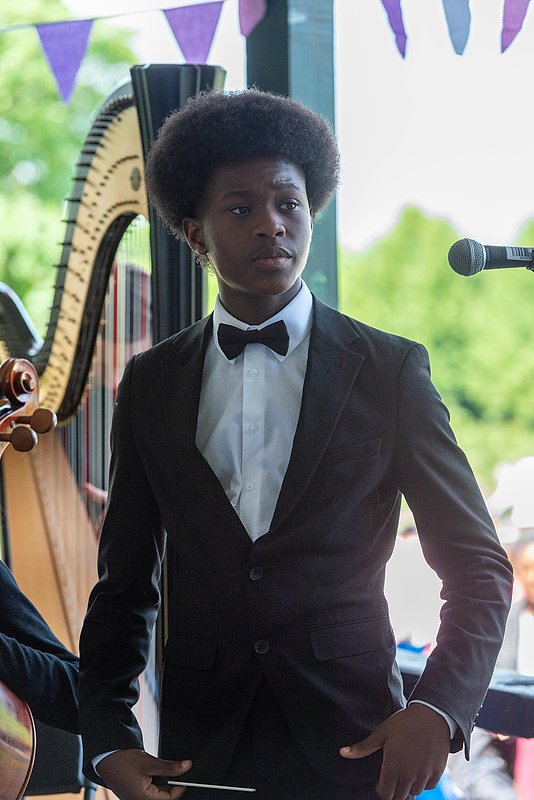 There was also some impressive conducting of the orchestra by 14 year old Matthew Umole who said: “I’ve not been conducting for a long time –but I absolutely love it. It’s easy because I’m not facing the audience but still I was a bit scared but did it anyway.” Matthew, who himself comes from and attends school in Hackney, added: “The orchestra drew a large crowd today and we have had a lot of fun performing our music to them. For any person wanting to take up classical music I would say just do it – don’t let anyone or anything stop you – just prove people wrong by aspiring and living up to your dreams.” 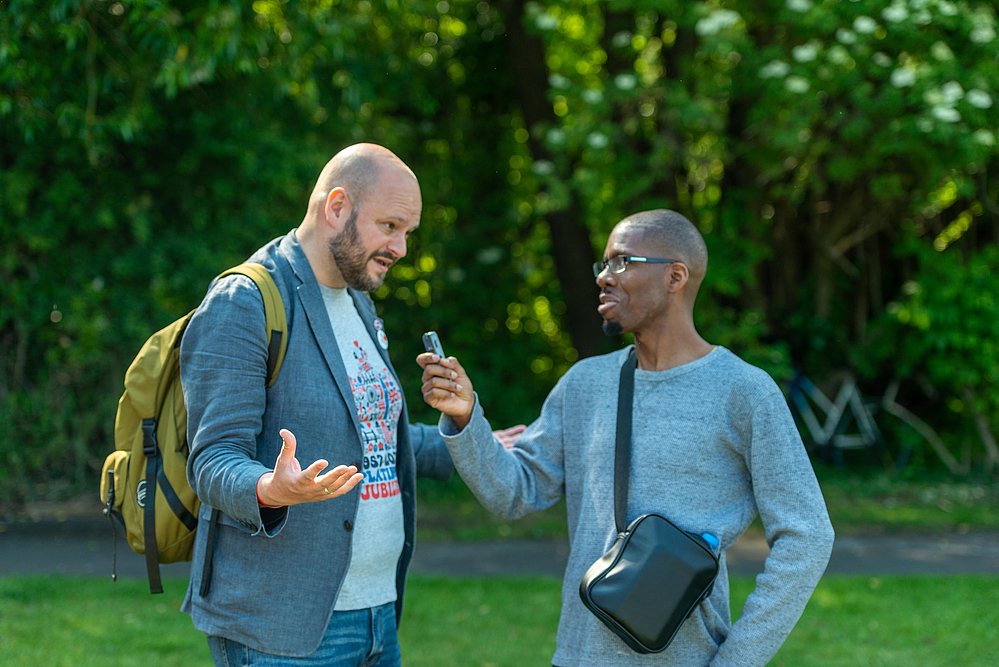 Recently re-elected in the Hackney Council Elections, Hackney Mayor, Philip Glanville, was pleased with the outcome of the day’s celebrations at Springfield Park. He said: “To have so many people from the borough come together here at Springfield Park to celebrate not only the Queen’s Jubilee but also our collective community spirit has been amazing. There has been a Turkish-Kurdish orchestra, activities for the young people such as trampolining and arts and crafts as well performances on the bandstand by the East London School of Music. I’ve just been really grateful for the weather which has been great and for all the different organisations that have come together to make this day a success.” 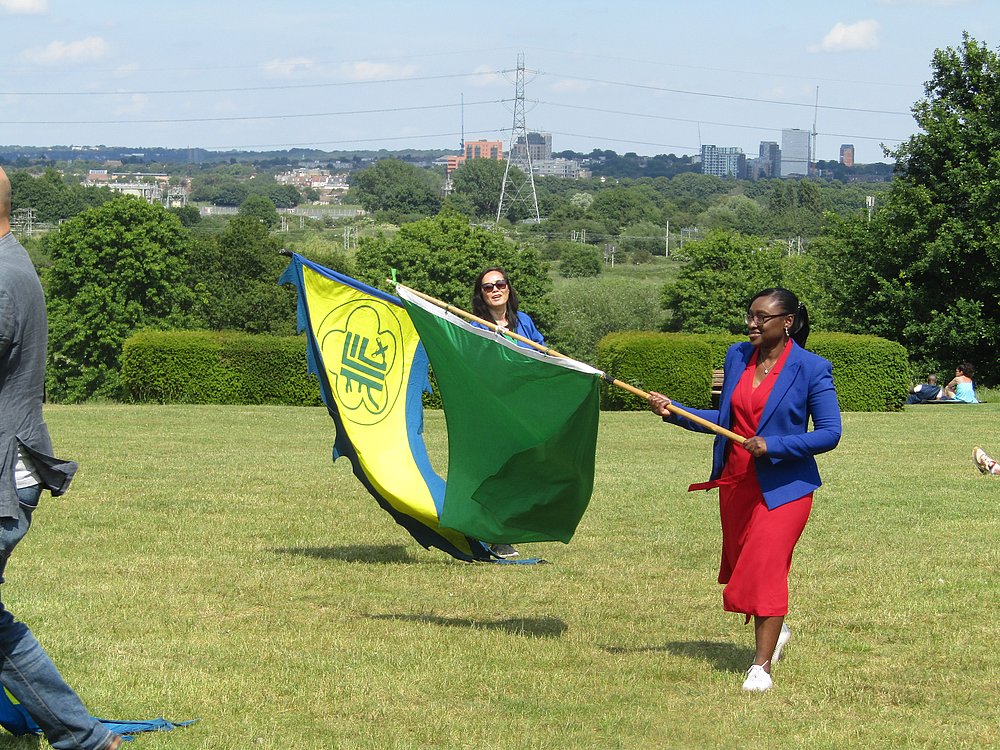 Hackney Deputy Mayor, Anntoinette Bramble, added: “You look around today and you see the very heart of Hackney. After two years of restrictions due to the pandemic it’s fantastic to have everyone come together to celebrate the Queen’s Jubilee but also the diverse cultures which make up Hackney. Representation is important and so groups like ELSOM certainly do the borough proud.”