Members and volunteers of the Redhill SDA Church Plant ran a Health Expo, at the Horley Carnival on June 18th. The Health Expo Team, led by the church’s Health Director, Sister Hilda Dewa, arrived at the Horley Recreation Ground, full of joy and happiness, on a beautiful Sabbath day of blue skies and lovely sunshine. 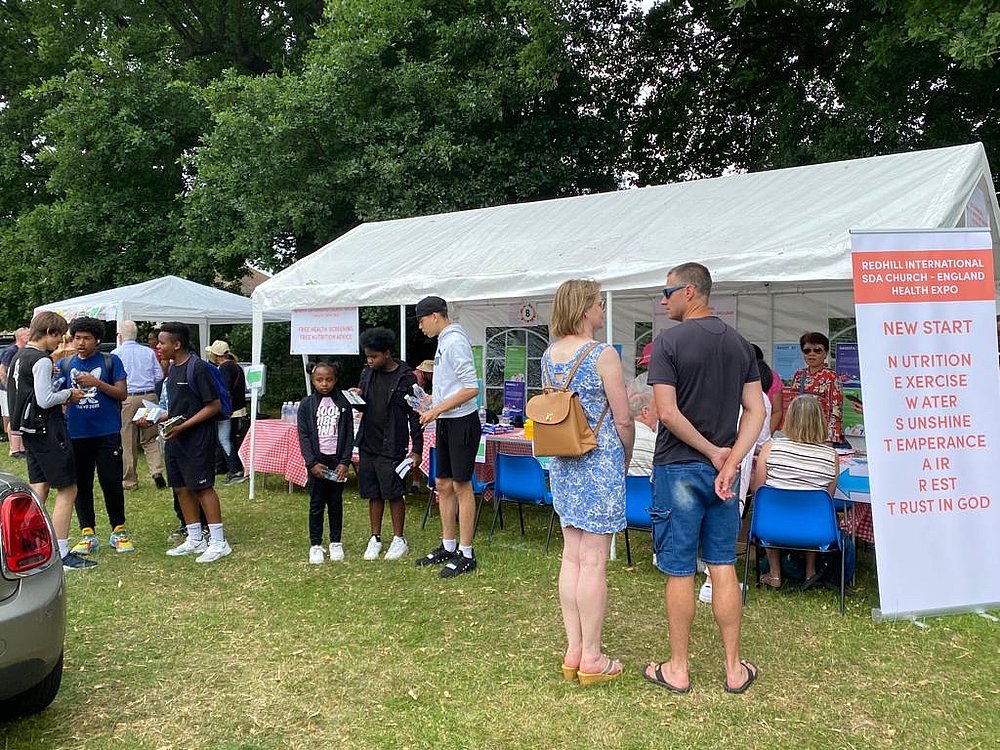 A tent was erected, and many posters and banners advertising the NEWSTART health message were displayed. People from far and wide flocked to the sights and sounds of the Carnival, and we knew that God’s Spirit would lead them to our tent – set up for health screening for blood tests, blood pressure and BMI measurements. Our health care professionals, including Sisters Lyra and Sheeba offered the visitors follow-up advice based on their results and gave them a package of selected health and religious materials. 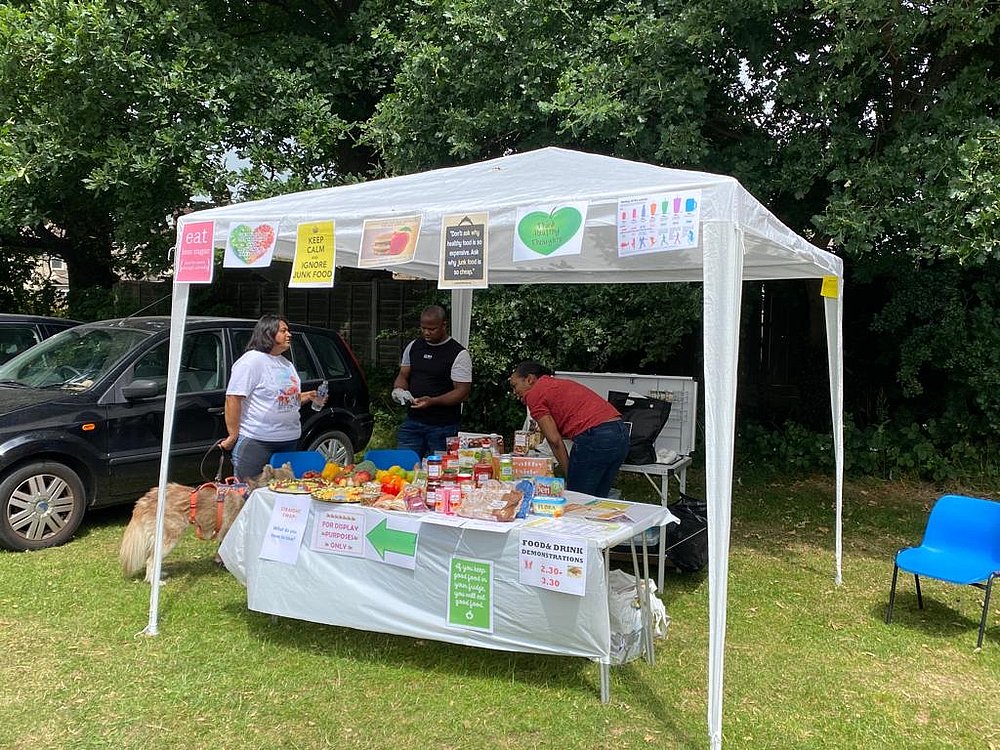 A beautiful table of vegan food, arranged by Sister Nancy, and small pots of tasty vegan foods produced by Sister Kamilla and her team also caught the attention of passers-by. The visitors came like waves: small at first, then larger waves of people came and were not disappointed! 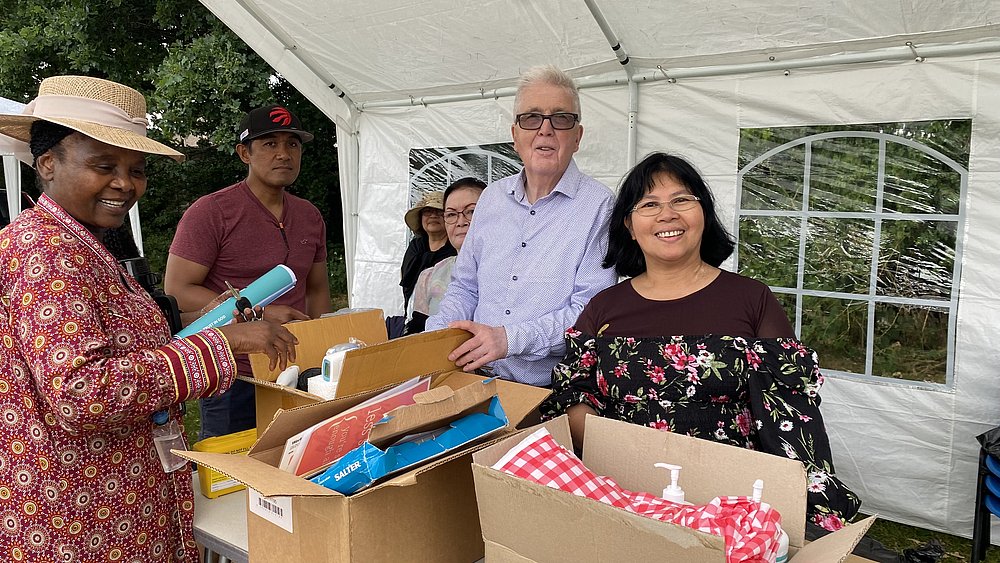 We had a table loaded with free literature including ‘Health & Wellness’, which was kindly donated by BUC Director, Dr Kirk Thomas. Over 600 pieces of literature were distributed. Praise God for our precious youth and older members who handed out the free literature and bottles of water throughout the day, quenching thirsty souls and bodies. 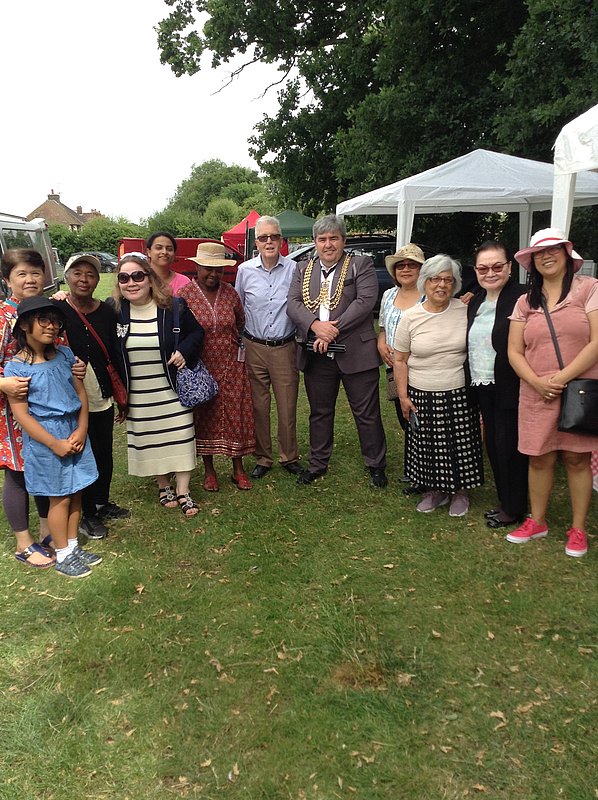 Councillor Frank Kelly, Mayor of Reigate and Banstead was among the many people who joined and chatted with us. He spoke about Merstham a small Village in the catchment area of Redhill, which has been identified as the most deprived area in the country. He explained its history and the measures he hoped would help its residents. Finally, the Mayor took a group picture with members of our team and left with some of our literature, including The Great Controversy. 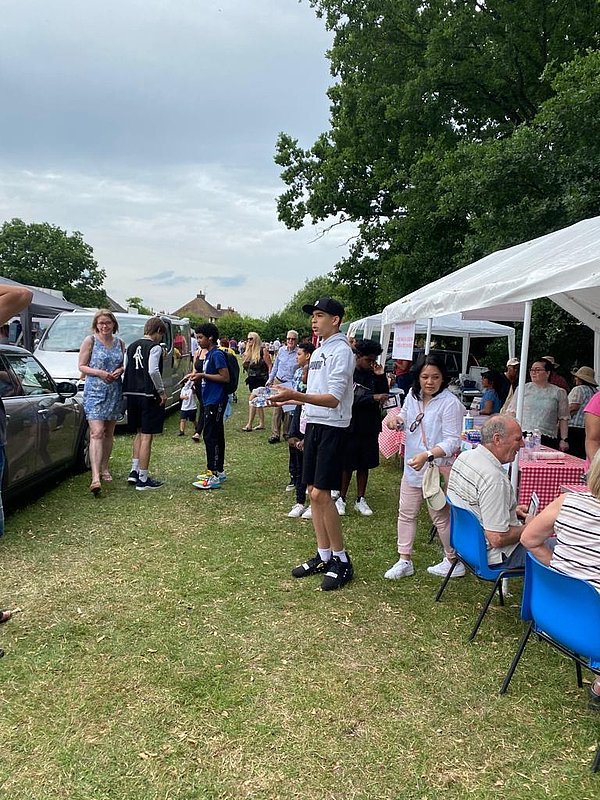 Much appreciation to Pastor Lagos Wilson our Church Pastor for joining very early in the morning to help erect the tent and coming in at the end to give a special prayer of thanksgiving to God for keeping us safe and making the Health Expo a success.  Thanks again to the young and older members for your efforts and sacrifices on what proved to be a special day that will never be forgotten.