There was joy in Hackney and up in Heaven as four precious souls gave their lives to the Lord in baptism during a Homecoming Day at Hackney SDA Church on Sabbath 17th September 2022. 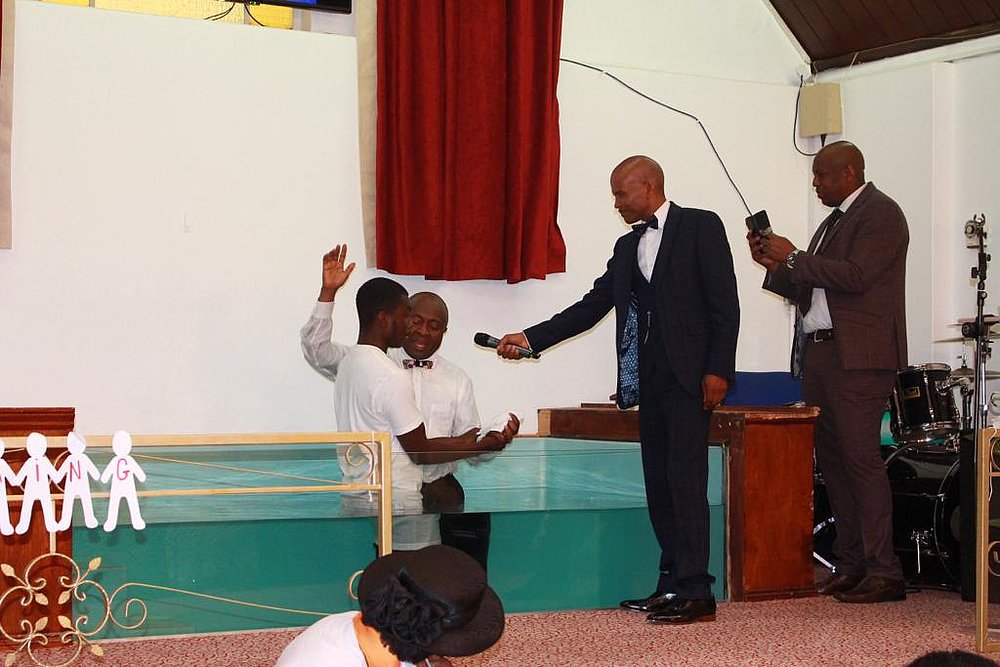 Among the four individuals baptized were Hackney Church Pastor Joojo Bonnie’s two sons – Nana (aged 19) and Papa (aged 13), in the presence of their mother and sister – Keona (aged 15), who, with tears of joy, told them both that their baptism was an inspiration to her and all young people. Lavern Lee was baptized and decided to give her heart to the Lord after being ministered to for many years by her younger brother, Lenval Greer. She actively participated in Hackney’s recent completion of the reading of the entire Bible in four days. The final person baptized was Sarah Salter, a local community member. After hearing singing and preaching from the church from outside her window, she bravely decided to attend the church, where she was befriended by members and actively involved herself in service through assistance in the church food bank service to the local community. Pastor Joojo Bonnie baptized all four individuals during the culmination of a unique Homecoming programme based on the Prodigal Son (found in Luke 15:1-7) led by Sabbath School Superintendent Vivian Nelson and her team. 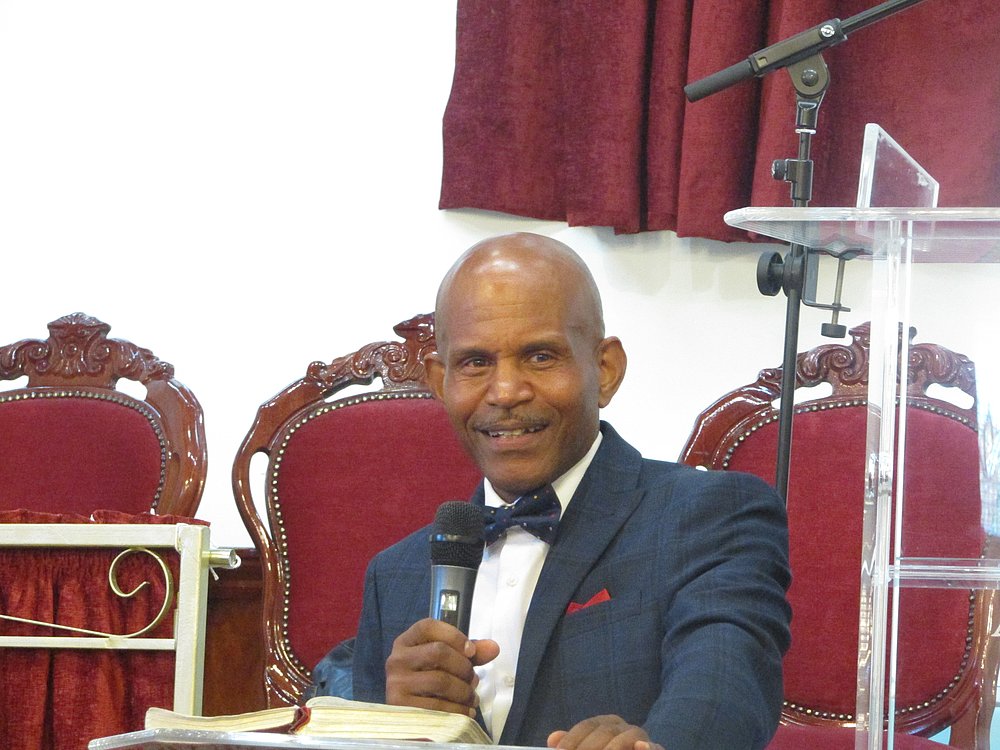 In his summary of the Adult Lesson Study, Hackney First Elder John Mathieu told the entire church that God has invested too much through the sacrifice of His Son – Jesus, on our behalf to not take care of us when we go through our crucibles. Special guest speaker Elder Fitzroy Morris revealed to the members, visitors, baptismal candidates, and their families a God calling His children home to spend ceaseless ages of eternity with Him in a place where neither sin nor death will dominate again. 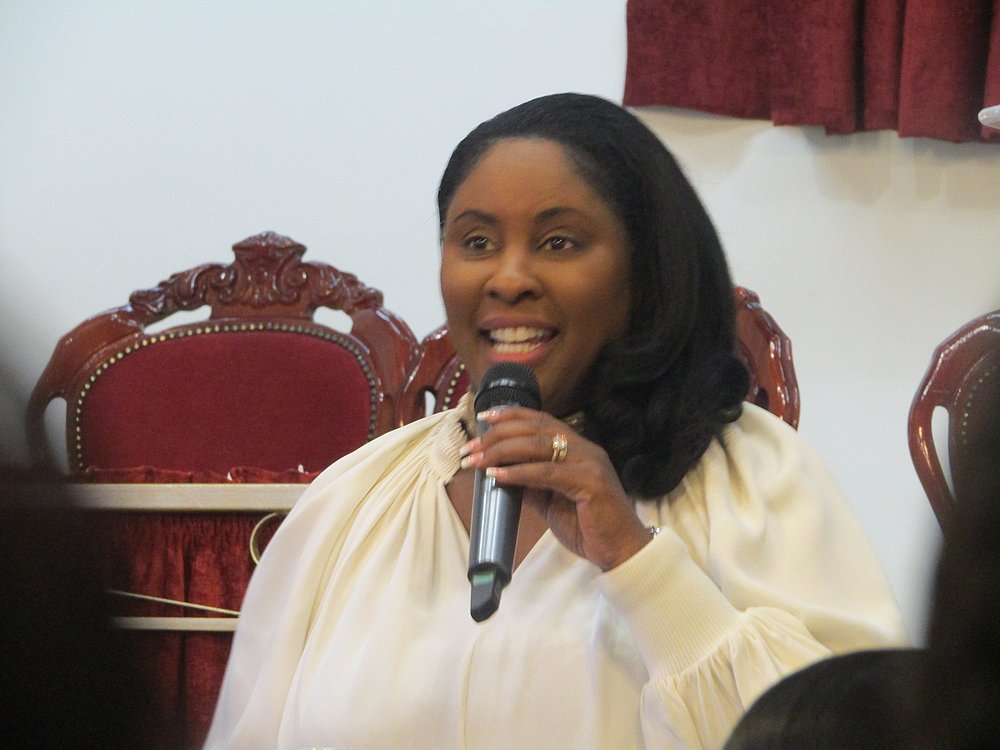 Nothing could dampen the atmosphere, which was one of praise and thanksgiving at the end of the service, with memorable songs requested by the baptismal candidates sung by Michaela Mathieu-Marius, Myrtle O’Keefe, and Siobhan Prince, amongst others. 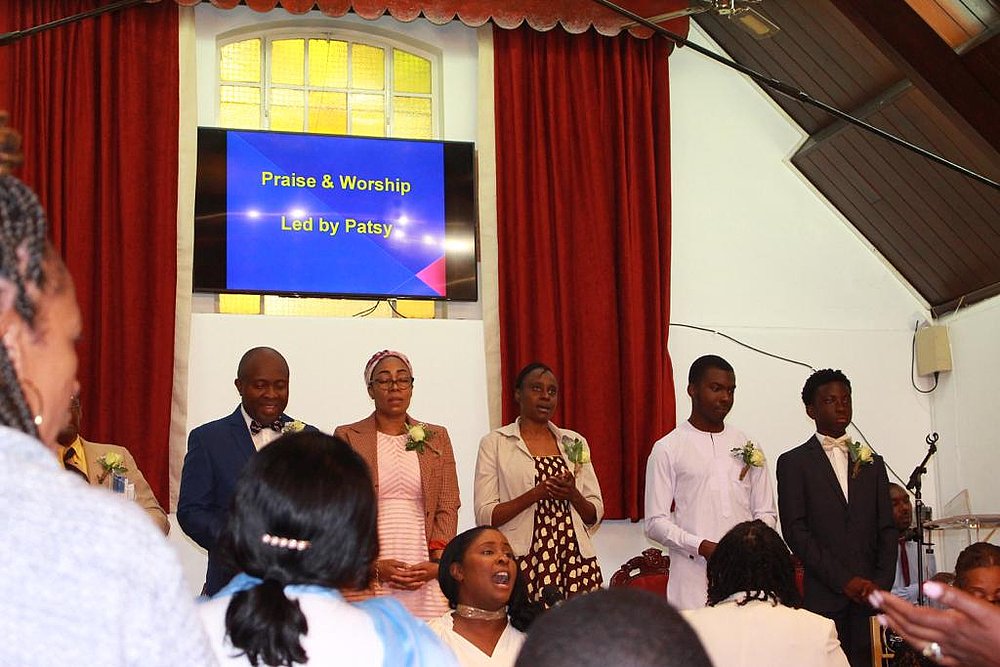 Not even the announcement from Hackney First Elder John Mathieu that the conference had decided that after six years of service, they would be moving Hackney’s beloved Pastor, Joojo Bonnie, to pastures new. A pin drop could be heard at that announcement – such has been the special bond Pastor Bonnie and his family have had with the church, amongst both young and old members of the church community.

During Pastor Bonnie’s altar call, five individuals bravely made their way to the front of the church with a desire to have bible studies leading on to baptism later. God is calling all His children home and they are responding affirmatively, to which we give God all the glory and the praise.

ADRA-UK Joins NGOs to Lobby Government on Horn of Africa